Skip to content
Home / Blog / On the road with us through Serbia / Why should you visit Koviljski rit and Krčedinska ada? 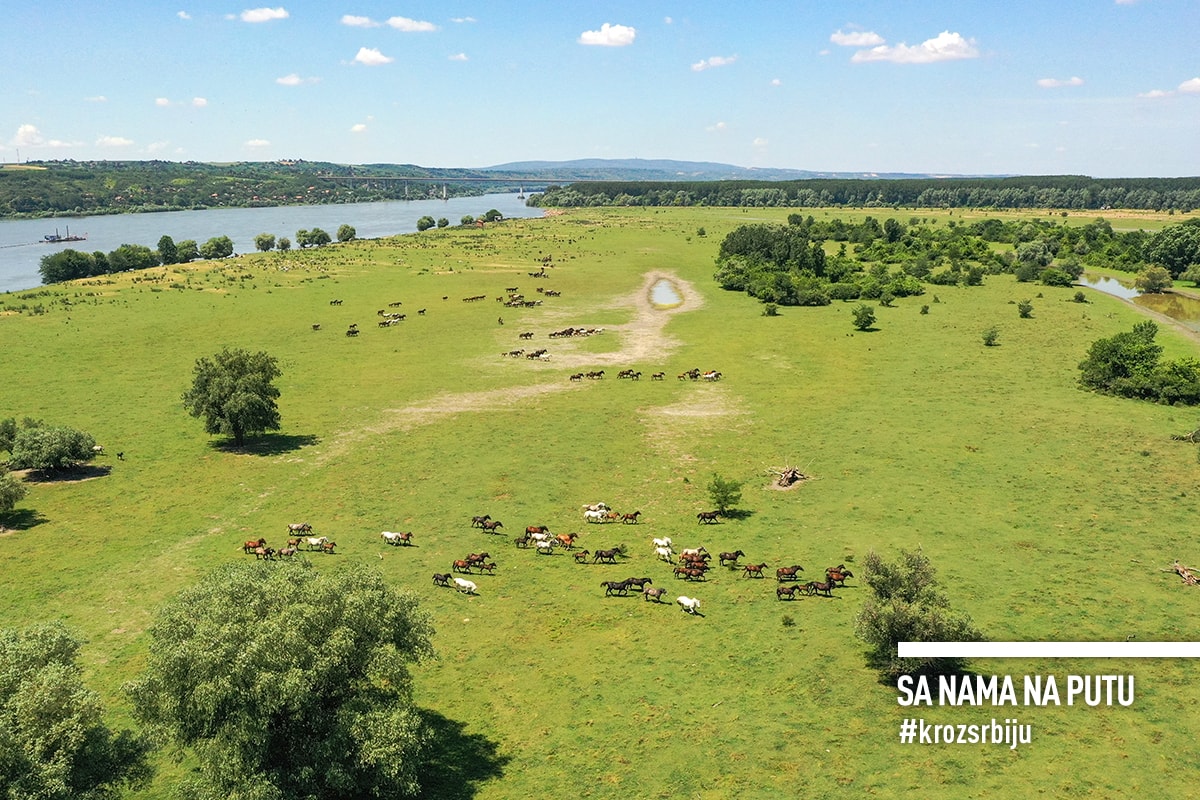 1. Because Koviljski rit is a Danube labyrinth

It is part of the Special Nature Reserve Koviljsko-petrovaradinski rit. We start from Kovilj’s lake Schleiz. Convenient place for a swim. Around forests, meadows, addices, reeds, and bulrushes. Floating carpet of water lilies, grasses, and all kinds of vegetation. “Drezga” is it, we are taught by an experienced host. The song of birds and the chatter of wings. Turtles lazing in the sun.

It’s a lot of fishing. Some fishermen huddle in the thick shade, some don’t care about the heat. The number of fishermen is not surprising. Here is one of the largest fish hatcheries in Europe, reveals the boatman. 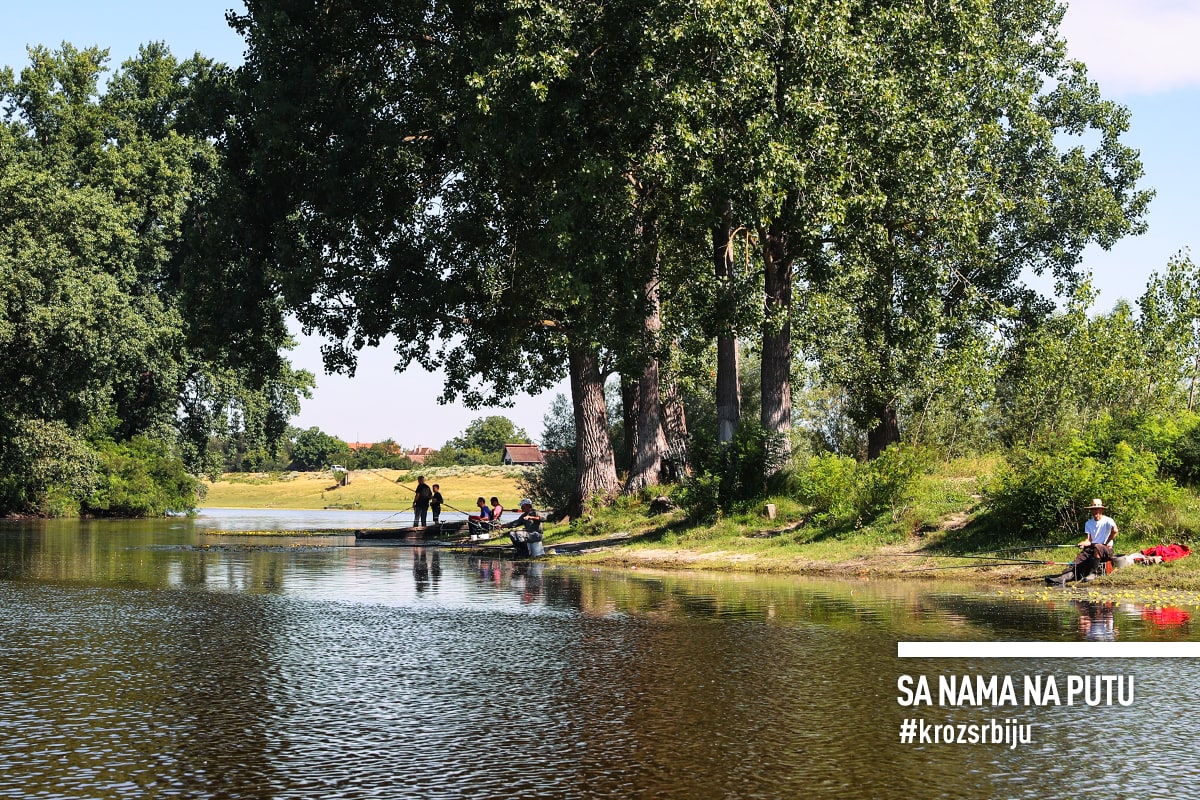 Attention is drawn to a flower of unusual beauty and size. White lily. It makes a grenade, the Danube necklace. It used to be the main asset of the suitor, smiling guide. He emphasizes that it is forbidden to pick it. But a grenade can also be made of yellow water lilies, of which there is a handful. It’s all about romance. 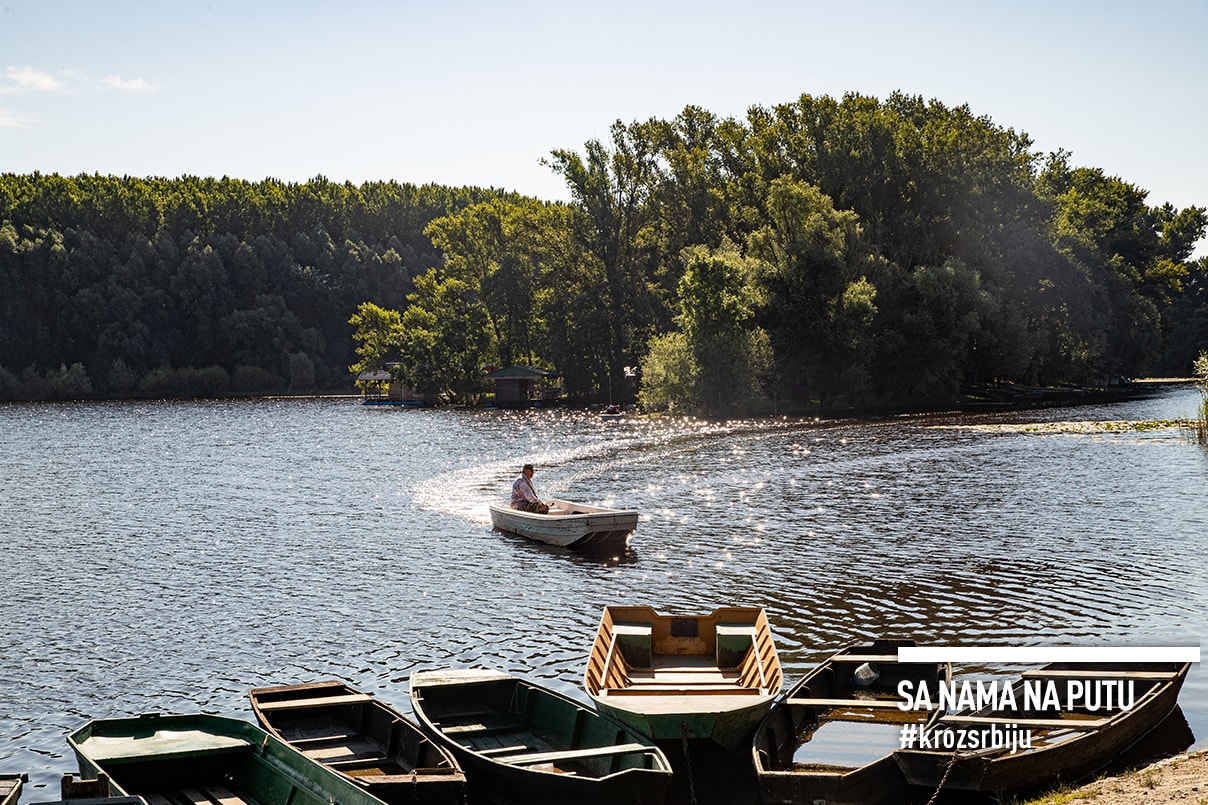 We’re passing the place where Kusta made the movie “Black Cat, White Cat”. Here we are greeted by a cheerful group of kayakers who have left their vessels and are relaxed in the water. Sadly, we’re watching them, but there’s no time for snooping, unfortunately.

There are a lot of interesting things about the floodplain area along the Danube. When the water level is favorable, kayakers can venture on a 700-kilometer adventure, agrees on the mileage of the domestic duo. That must be interesting and exciting. Be brave!

The combined charms of nature. Soothing and refreshing. For all senses and soul.

2. Because the ada of the Krčedin is a Danube safari

There are many starting points towards Krčedinska ada. It can be reached from the Srem side and from the Koviljski rit, but the water level did not allow us, so it had to be around, from Gardinac, from Liman. We sail the Danube, cut through wild nature, in some places barely passable. Along the way, we meet a few “mangulica” (Serbian pig) and arrive at the “open” Danube. Soon, an unreal, magical sight emerges. Hundreds of cows, calves, prawns, ungulates, and lowly cattle strutting about with big horns. They all stepped into the Danube. “Up to the knee” only. Animals know how far they can go. There are some bottlenecks on the shore patiently waiting for the chilling line, and some have found salvation from the heat under the trees. Only the horses are running. It’s aimless. Black horses, kulashi, sharci, alati, dorati… Carefree and uninhibited. In the glory of freedom of life. 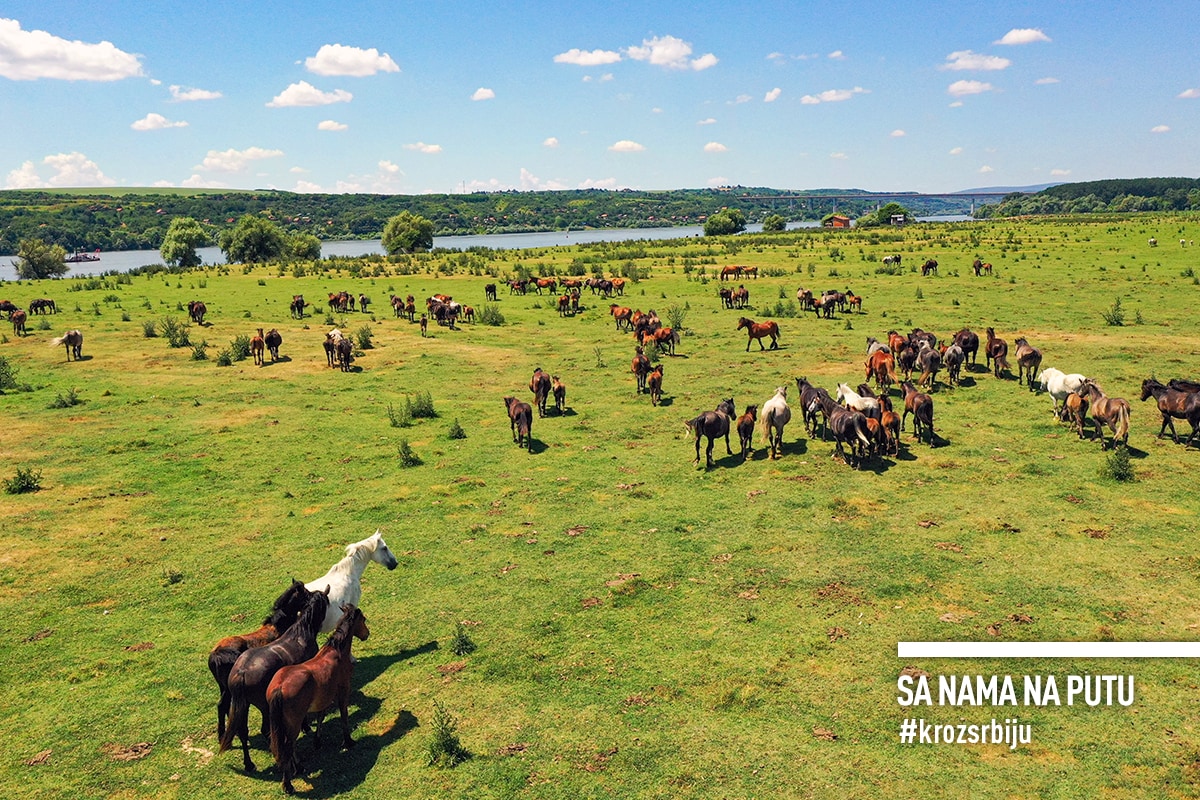 There are no friendly donkeys. The previous guard went and took them away, our guides are justifying themselves. The new one, obviously, didn’t arrive. The part at the “official” pier on Ada is neglected, uncleaned. It ruins the magic of this animal paradise, where time has stood still for a long time. And it doesn’t need to move on. Only the man should adhere to the inscription on the board: “Protect nature and its wealth because you are also a part of nature”. 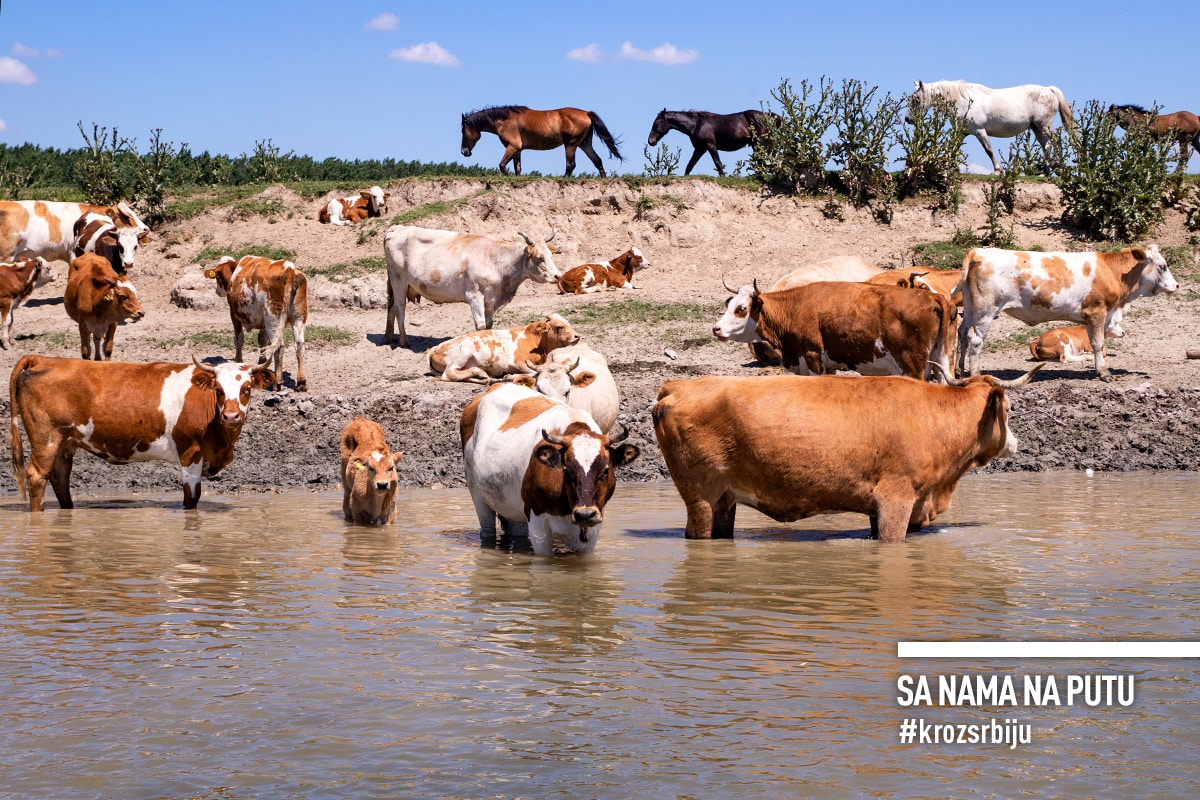 3. Because Kovilj is the birthplace of romantic Laza

Kostić, of course. In Kovilj, he finished several grades of elementary school and left. However, he was happy to return there, the host reveals. He recounts a lot of Laza’s mischief and adventures. He liked to bohemian and drink spritzers. Once, in a nearby café, a piece of land fell into his glass. The waiter hurried to replace her, but the pawky poet thanked him: “Oh if you only knew how much of Lenka’s land I drank.” Lenka from the Dundjerski family, rich landlords, who also ruled the vast vineyard. It was great love. Unrealized. Unpainful. 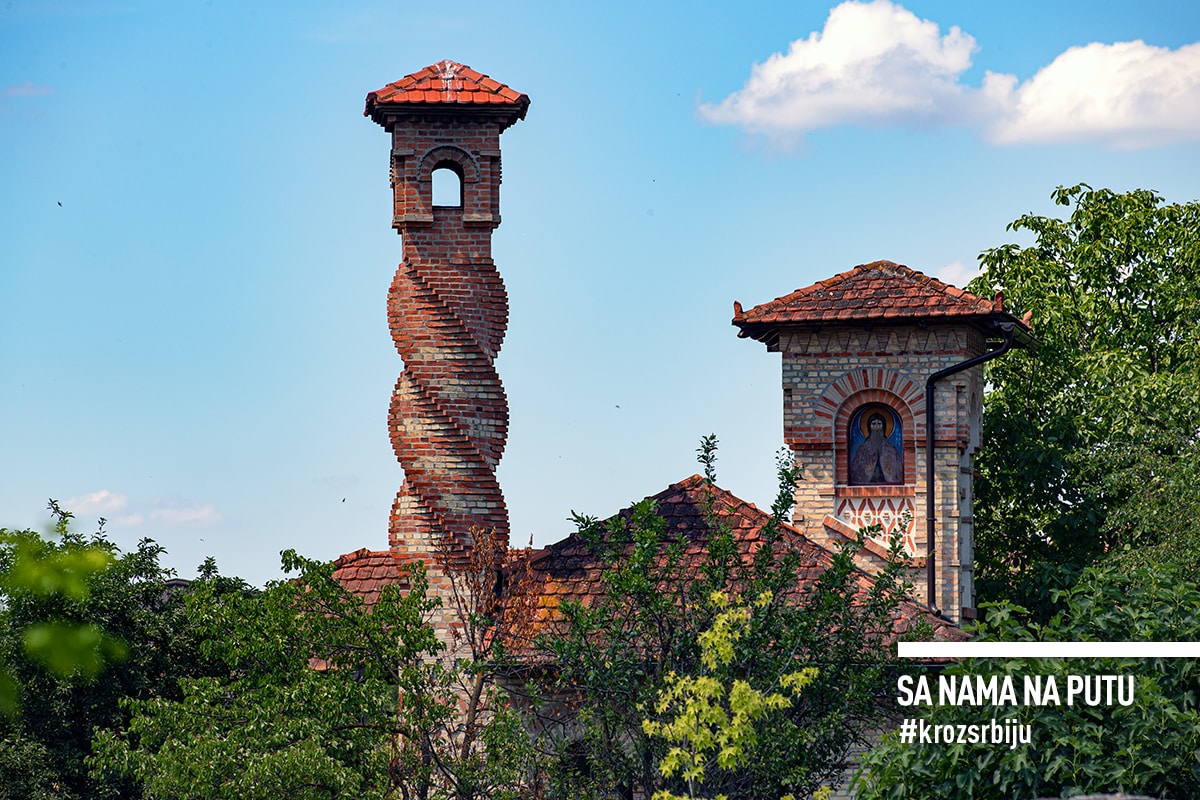 Laza’s birth house is being converted into a museum. The locals say that only the tempering furnace remains from the poet’s era. Until the future museum opens the door, only the sign placed by the citizens of Gornji and Donji Kovilj set the building apart from the crowded neighbours.

4. Because the Kovilj monastery is more than a sanctuary

There have been various accounts of the founding of the monastery, but there are no accurate data. It is mentioned in the document from the XIV century, and it can be reliably said that it existed at the end of the XVI century or at the beginning of the XVII century. Today’s monastery church was built in the first half of the XVIII century. It is reminiscent of medieval Serbian shrines, most notably the Monastery of Manasija. The church is dedicated to the Holy Archangels Michael and Gabriel. In addition to the gilded iconostasis, valuable icons, books, and manuscripts are kept, as well as paintings by Uroš Predic. 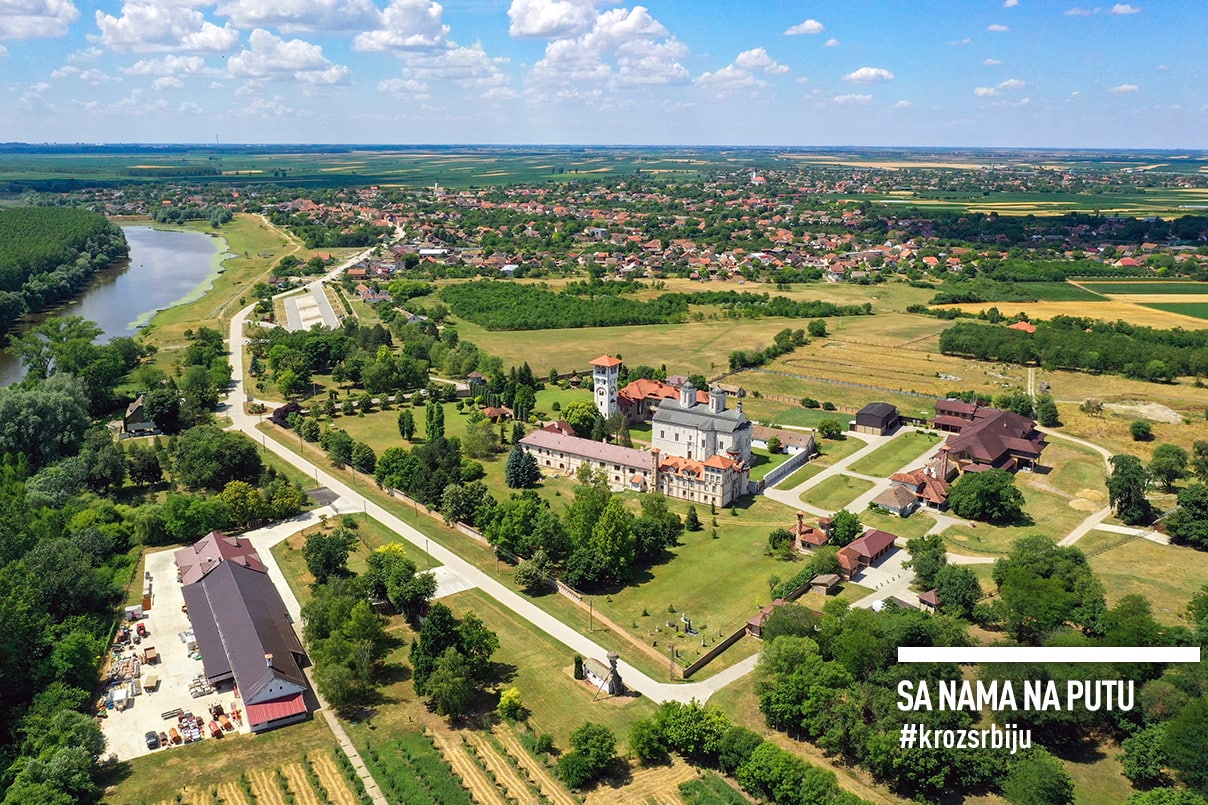 The monastery grounds are large, landscaped, stunning. It is also famous for its products – natural herbal balm, tonics, honey, fruit brandies, and green walnut liqueur. The Prior was once the Serbian patriarch of Porphyria, who launched the monastic community of the Land of the Living to cure addictive diseases.

5. For there is a nest of storks older than the United States of America

And it’s not much of a feat, fooling around with the host, as he proudly leads us to a dried-up oak tree that he claims is more than 500 years old. It grew up across the street from the Kovilj Monastery, next to the old chapel. At the top of the hollow tree secured with cables, the storks were adopted. Mrs. Mom is guarding her two cocks, and Dad is out looking for food. Whether or not the storks have nested since the oak tree, you can’t be sure. A history of folk tradition and a little joke about the power of the ocean, and there’s a great commercial. And who would blame them? Especially since Kovilj is home to the largest community of birds that bring children to Serbia. You are waited and escorted. And they make you smile. Dear, sweet creatures.

We’ve been cruising the wilderness of a violent river for a long time. The soul seeks invigoration. A quick one. We’re rushing to the nearest gas station. There are pastries, sandwiches of various flavours, and burgers – with cheese, bacon, chicken, royal… We choose a double and extra burger and scrambled eggs in a ham bun. Fresh, rich, juicy. We got it all on our breath. That’s when we get ice cream with forest fruit topping. The perfect sweet for the hot summer days. Nourished, sweetened and cooled, we are plowed for a new quest through the waters of the mysterious and always unpredictable Danube.

Usefiul tips for your trip: