In the south of Serbia, about 90 kilometers from Niš, there are 202 stone figures that make up Đavolja varoš (Devil’s town), a protected national treasure of Serbia, and they are the source of many stories, because they are a rare natural phenomenon. The figures are supposed to had been created by erosion, but people prefer to hear legends… 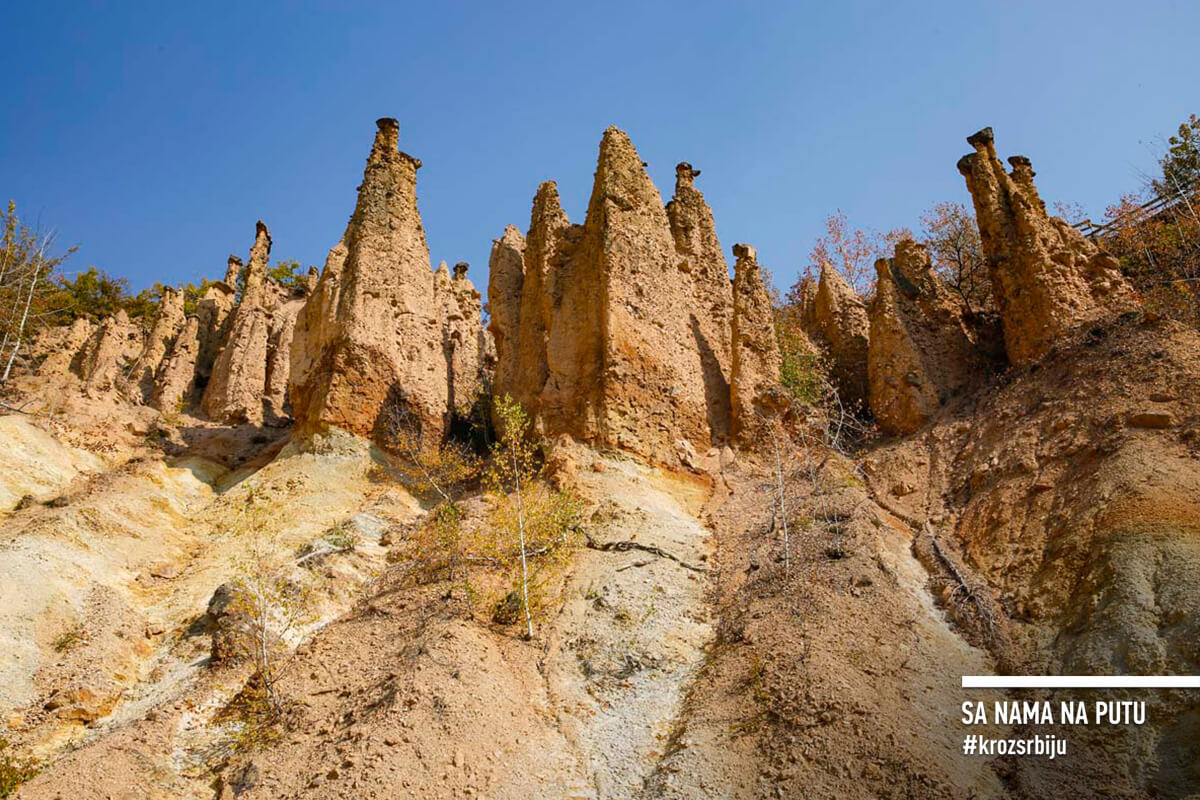 Candidate for a new world wonder

About ten years ago, Đavolja varoš was the only European candidate in the selection for one of the wonders of the world. Unfortunately, the candidate of Serbia and Europe did not become a new wonder of the world then, but it certainly deserves to be visited, because it is a natural phenomenon, unnoticed in the world (something similar exists in America, Austria and Italy).

Đavolja varoš – Devil’s Town is a natural monument in the south of Serbia. It is located 28 kilometers from the city of Kuršumlija, and 290 kilometres from Belgrade. The exact location of this place is near the villages of Dobri Do and Đake (from the Albanian word “gjake” – blood).

Everything in this place is mystical. From famous figures, mines, to two springs of cold and very acidic water with high mineralization (Devil’s water and Red spring), so it is not surprising a story is passed from generation to generation in this area, that from the ancient times, that a devil meddled in these affairs here “, so very few dare to step into that water at all, because “the devil could mess with their minds”.

The age of the rocks at the top of this locality is estimated at about 25 million years, and it is believed that they got this appearance thanks to soil erosion, i.e., volcanic eruption and “washing off” of the soil. So, first a stone is created, and from that stone figures are created and this process is constantly repeated – some figures disappear and new ones are created.

“It is as if the Devil’s town is really alive and it is as if the devil really got his fingers in it,” the hosts tell us. It is, indeed, a rare geomorphological phenomenon, which ranks it in the Top 77 in the world, 23rd in Europe and 4th in the category of stone. The Devil’s Town consists of 202 earthen figures of various shapes and heights, which have stone “caps” on the tops, and these figures are placed in two ravines of “exotic” names – the Devil’s and Hell’s.

For the people of this area, the Devil’s town is a way of life and they are close to them, let us say, nurturing, various stories about this locality. The most famous legend is that the earthen pillars are actually petrified wedding guests. In the whole story, the main role, of course, belongs to the devil, whose promises of a rich life were settled by the local population.

The church of Saint Parasceve and water springs

What still makes the Devil’s town interesting are the remains of the Saxon mines, that is, the shafts, as well as the church of St. Petka (Parasceve). The church was built on the site that was once a sanctuary of miners, because this was once a rich mining area. As early as in the 13th century, King Uroš brought members of the Germanic tribe here – the Saxons, who mined copper, lead, zinc and in smaller quantities, silver and gold ore. The ore was taken from this place to the nearby village of Rudare, where it was processed. Empty windows also testify to that. 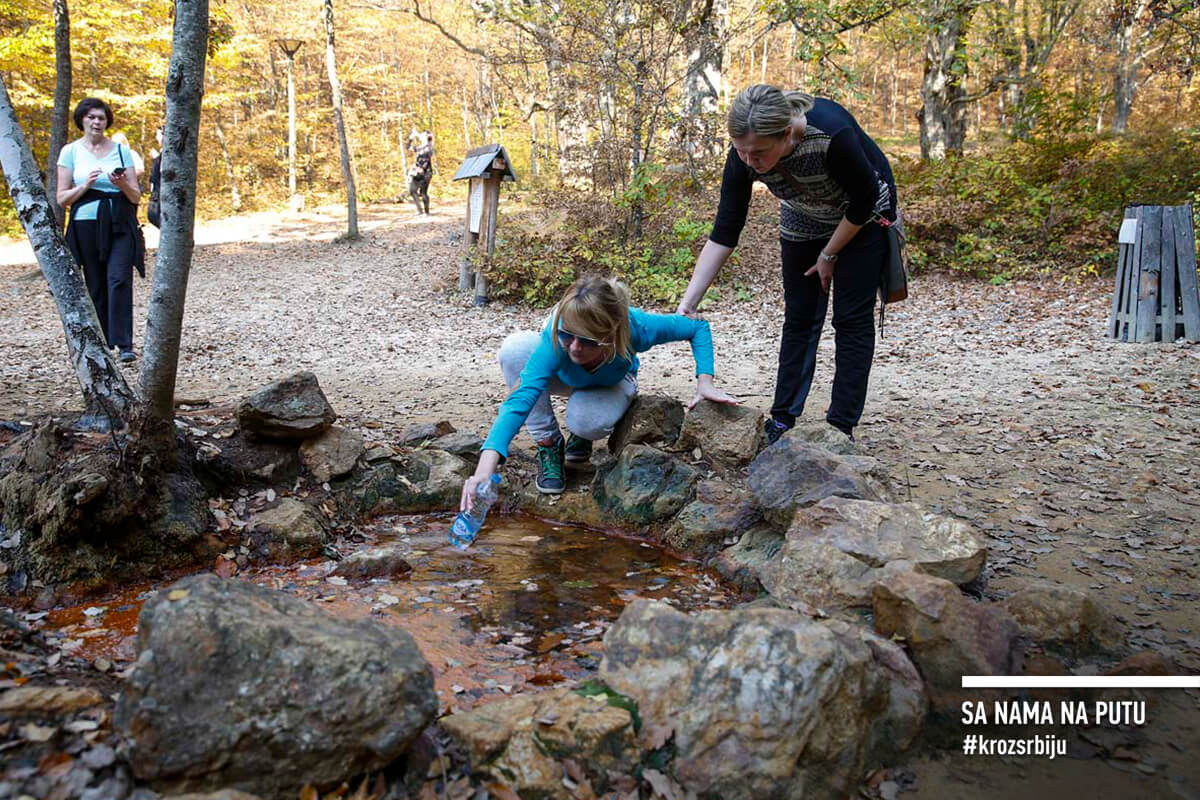 In this area, as well as at the foot of Kopaonik, there are still people in them who resemble Sase (Saxons) in physiognomy. During the time of the Turks, they paid a specific type of tax, in a way they were protected, because they were engaged in the production of iron and their tax was in iron, which was very important in that period.

The church of St. Petka is an inevitable part of this locality. In front of it is a tree on which hundreds of rolls of cloth (handkerchiefs) are tied. From ancient times, there was a belief that women in that place took off their headscarves and tied them near the church in order to make them “take away” all the torments that afflicted them. It is believed that a piece of cloth, dipped in this water, should be passed over the painful spot or wound several times and then tied to a tree. The handkerchiefs remain for 7 days and then they are buried, and they say, the torments remain buried in the ground forever.

If and when you decide to visit this unique place on stretching on 67 hectares, be prepared for walking and less physical effort. An 850 meter long path leads you through the locality and you pass a height difference of 100 meters.

Our advice is to follow the correctly marked path, because, as the guide Bogdan Stević says: “When you are in the Devil’s town, you don’t have to look for the devil himself.”

There were examples, Bogdan told us, that some tourists wanted to go where they should not have, for the sake of better and more unusual photos. Thus, once a group of tourists from Bulgaria went to the top of the hill and then guides had a hard time to help them get down to safety. 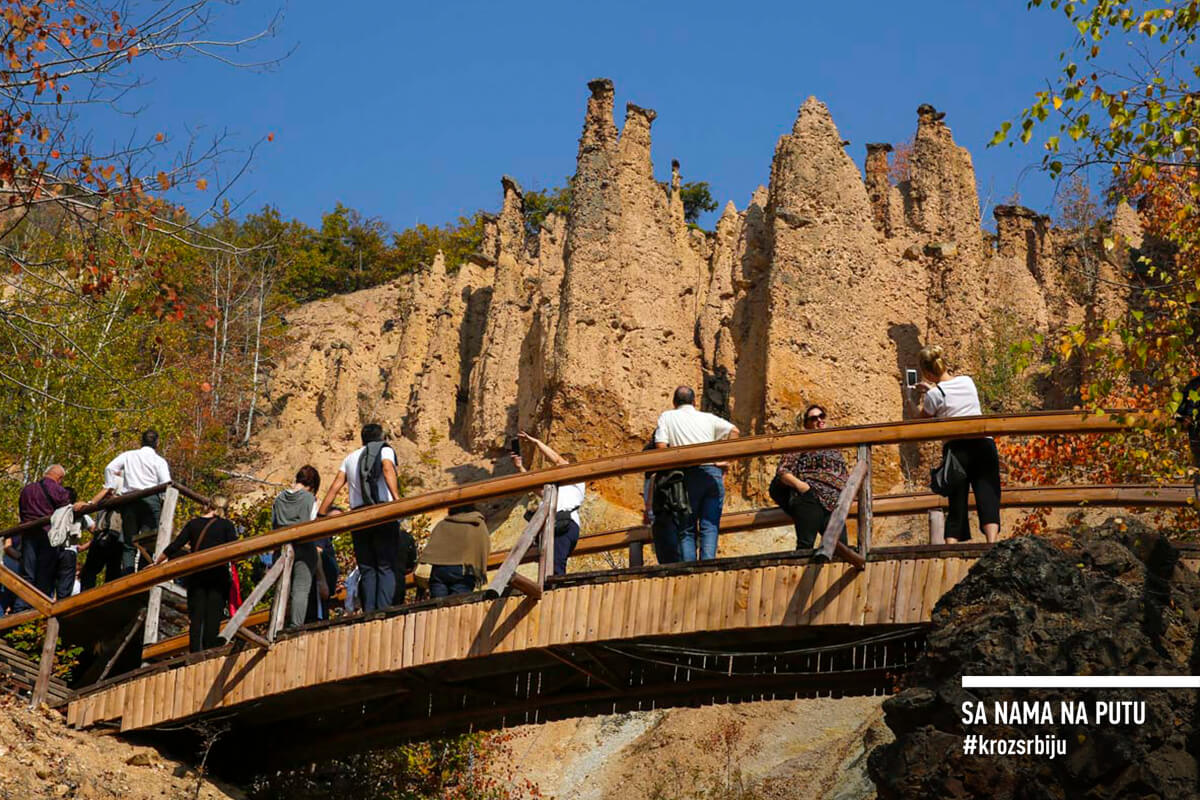 The best time to visit Devil’s Town is spring and early autumn, although you may expect crowds at that time, because school excursions are frequent at that time. It sometimes happened to our host Bogdan to take as many as 10 groups in one day, which means that he crossed this route 20 times a day!

An individual ticket for entering the Devil’s town costs 350 dinars, and discounts are valid for group visits. Within this tourist destination there is an ethno restaurant where visitors can refresh themselves and enjoy local cuisine. Our warm recommendation is the so-called “Devil’s kebab”!

When you are already visiting this area, it would be a shame not to visit Prolom Banja, which is 12 kilometres from Đavolja varoš, as well as Lukovska and Kurušmulijska spas, known for their healing properties, but also for their natural beauty.

Only two kilometers from Prolom Banja is the famous church – Lazarica. This church is unique, being the only wooden church in the Toplica region that was built after the Battle of Kosovo at the place where, according to legend, Tsar Lazar and Serbian heroes, including Milos Obilic, Milan Kosancic and Toplica Milan, received communion before going into battle against the mighty Turkish army. 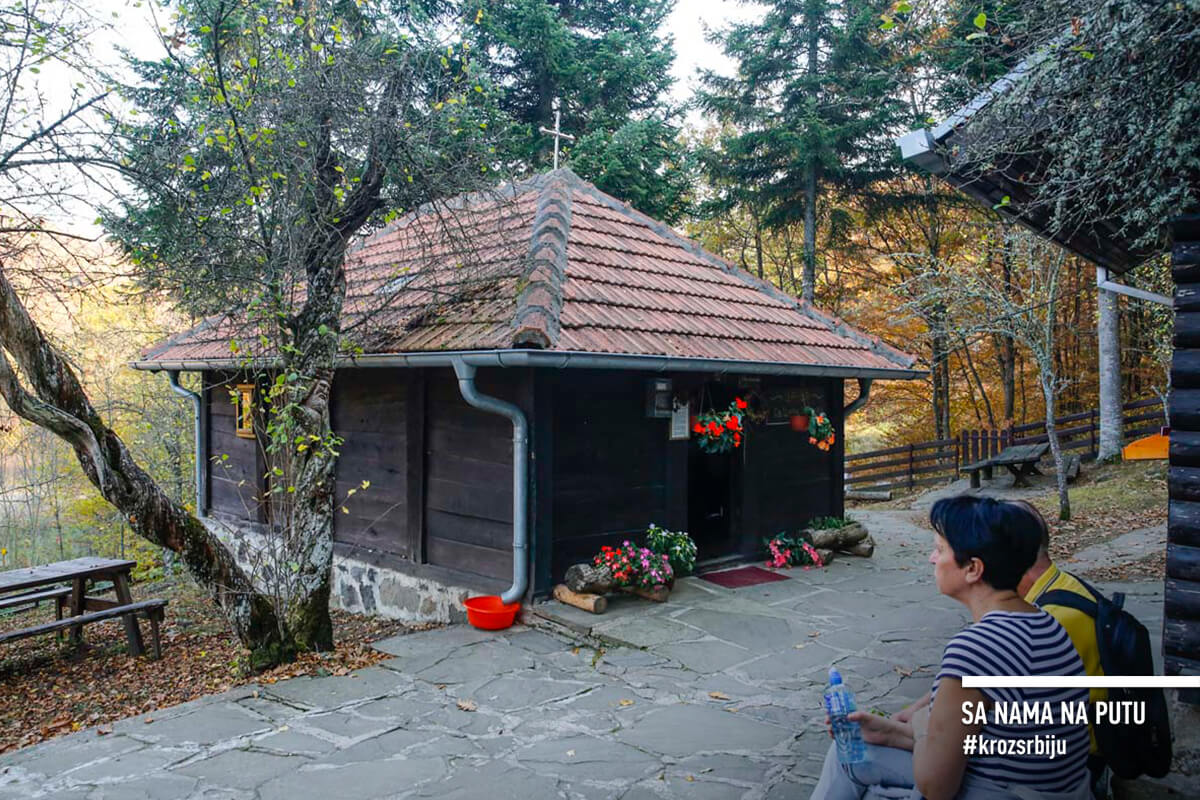 The church is also known for the fact that there are six plum trees in its gate, which are always twisted. These plum trees do not bear fruit (although there is a warning at the entrance to the religious building that plums must not be taken), which is a mystery for experts, just like the fact that they are twisted.

There are two legends about the reason as to why the plum trees intertwine. According to the first, they are twisting out of grief for emperor Lazar, and according to the second, they are twisting in the direction of Kosovo towards the Serbian soldiers who took communion here before the battle. The soldiers revolved around the church six times and from there derives their number – six twisted plums. The plums were supposed to “unfold” when the Serbian army returned, but the army never returned…

So travel with us and after us, visit Serbia and its treasures. And in two weeks we will take you on a new adventure.