Strange climate has taken hold. Winter without winter. It doesn’t snow when it should. But the good old Balkans are still holding on tight, with their high-altitude beauties which stay defiantly white for several months. Well, if winter will not come to us, we will come to winter. There, in a natural park in the far east of Serbia, amidst the snow magic. 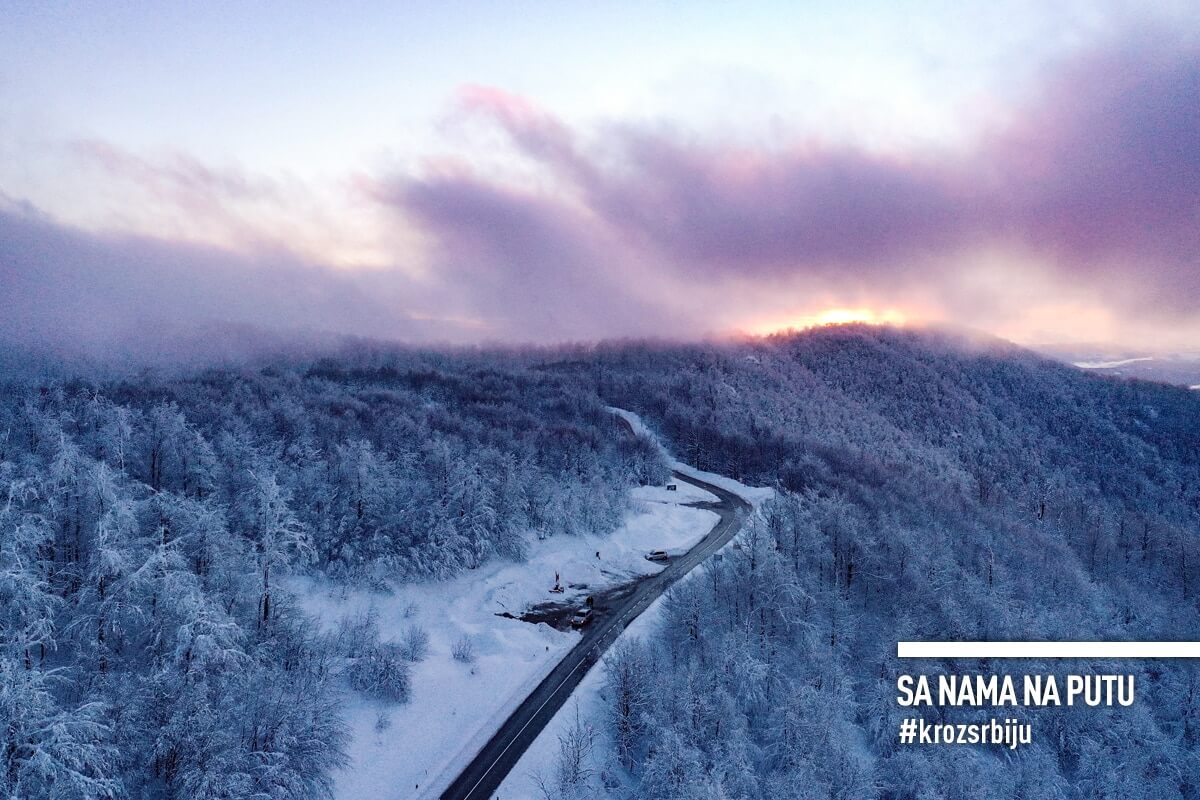 1. Because with G-Drive diesel, we are game for anything

Fortunately, you can find NIS Petrol and Gazprom petrol stations on the most diverse roads of our beautiful Serbia, so even the most remote areas become more accessible. It is exactly what happened on our “expedition” to Stara Planina: even though quite far, we arrived there easily, with several well-positioned stations along the way where we recharged our energies, all of us – we with snacks and our car with superior G-Drive diesel. Frankly, folks, we were freezing, unlike our engine: it wasn’t -30 degrees but G-Drive can handle even that!

On the road with us to Stara planina

2. Because St. George monastery is soothing balm for your soul

A few kilometers from the road towards Stara planina, on the bank of the Temšice, in the forgotten nature of the village of Temska resides the monastery estate. Magnificent. Inside the estate, there are several lodgings and a church. It is believed that the Dejanović brothers built it at the end of the 14th century in the wake of the collapse of the Dušan’s empire on the foundations of a temple from the 11th century of the unknown benefactor. The church is dedicated to St. George. It was painted in the second half of the 16th century. The frescoes are quite well preserved and just a little faded. It has low door jambs so watch your head. The monastery is also known as Temska after a nearby old town of Temac. It is famous for its balms for skin diseases prepared according to recipes of Russian nuns who settled there in the 1920s. It is still a nunnery today. 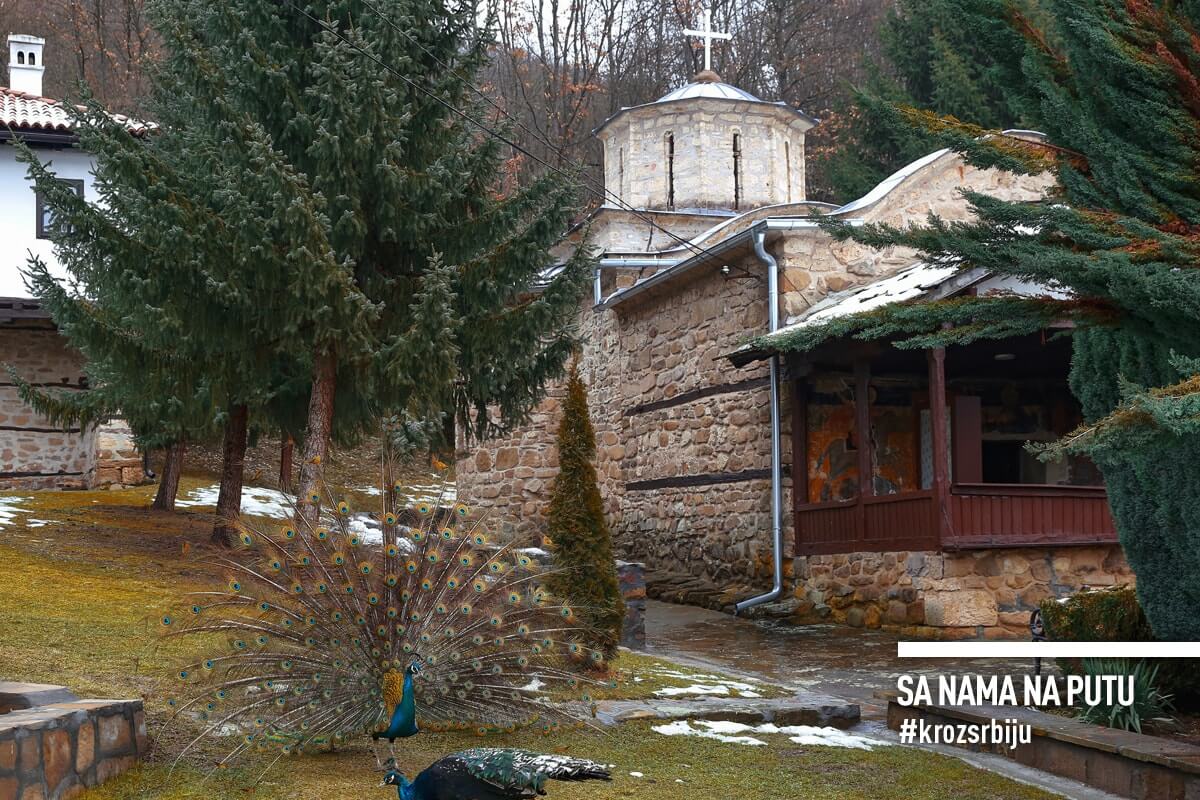 The estate is also home to many domestic animals. There are chickens, peacocks, cats and a golden retriever who makes his presence known with a friendly bark looking for some tenderness. A real host! He is here to welcome and see off well-wishers. 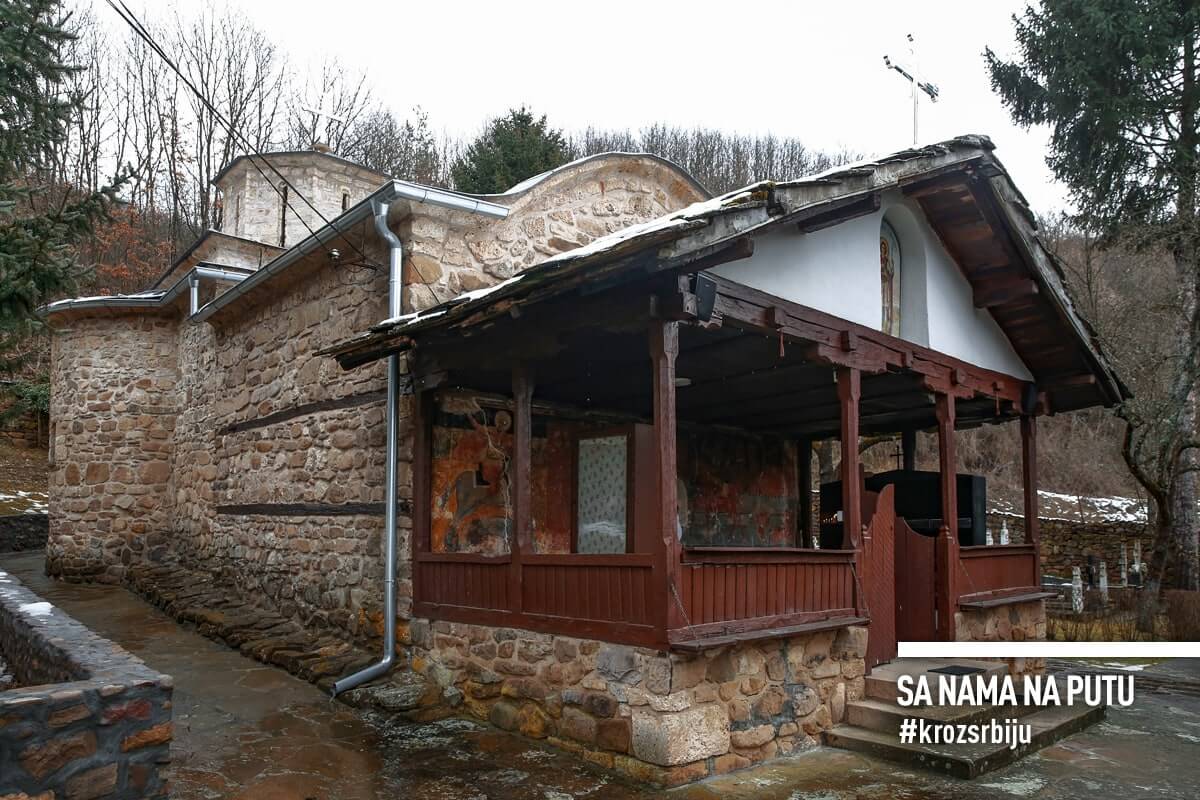 3. Because along the way you will be knocked out by the queen of sausage

Peglana kobasica, or Ironed sausage. Pirot deaconry is widely known. The sausage is made of the highest quality goat meat, lamb and beef from the Stara planina region without veins and fat. Spices are mixed in to get a unique rich taste. Before serving, it must be dried and regularly “ironed”, thus it gets the shape of a horseshoe. In the rural household, right next to the road, you can also buy smoked barbecue sausage, smoked neck and smoked or dried meat. Everything is full of flavours and calories which you will definitely need in winter escapades. 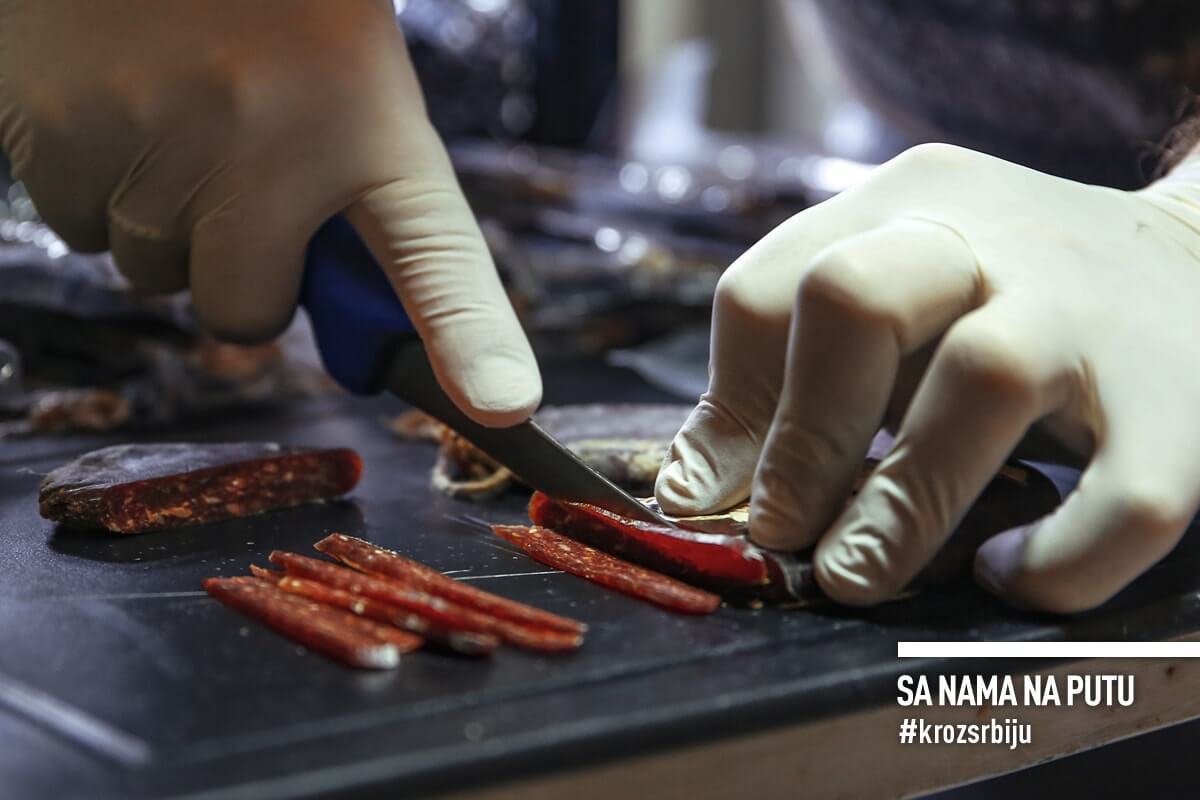 4. Because Bigar is a work of art of water

The road further winds towards the village of Kalna. In addition to the enchanting nature, it is difficult not to notice houses. Many of them are dilapidated, decayed, deserted. Sad. Very sad. Our villages are dying out. Gloomy thoughts are interrupted by a refreshing view. Bigar waterfall. It is named after a light, perforated stone, a bigra, over which crystal clear water falls. Some call it the Water cat. Maybe because the waterfalls of Bukovski potok flow like a nimble cat over 35 meters high hollow rock before flowing into the Stanjanska river. A perfect place at about 450 meters above sea level to pause, listen to the murmur of water and take a break before climbing to the ski resort. 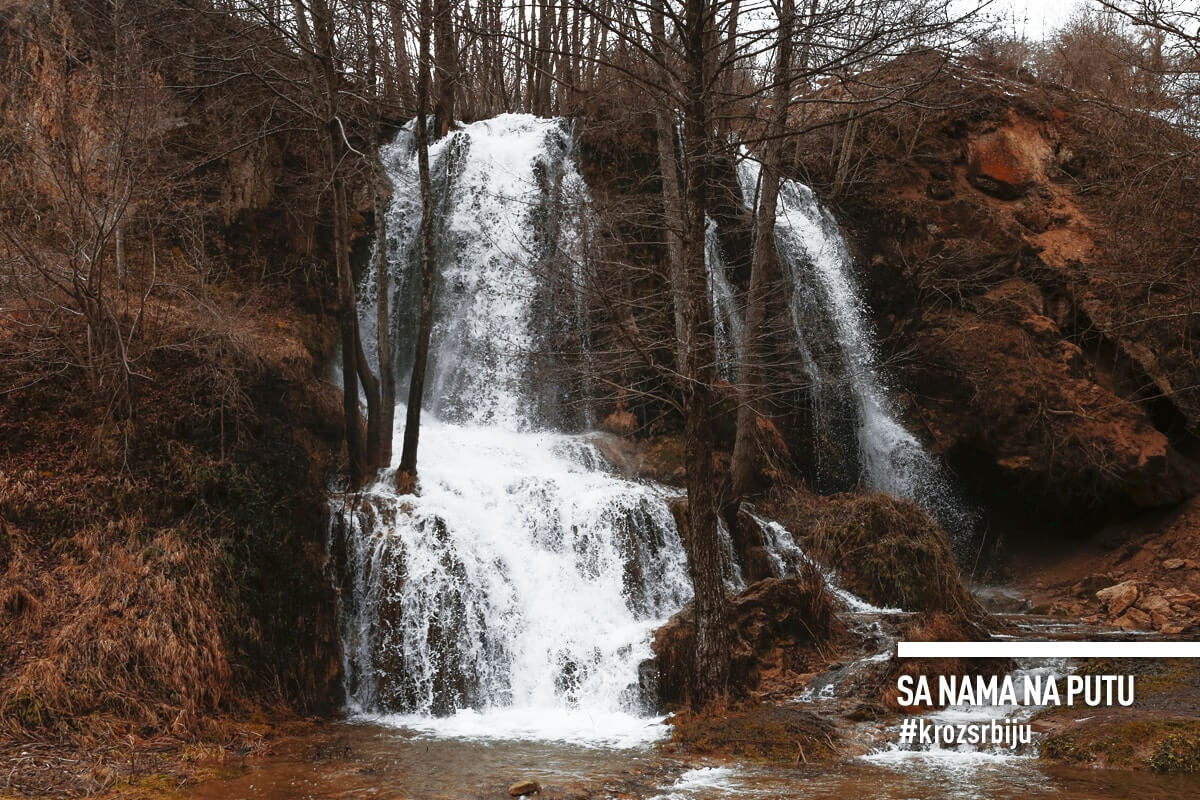 5. Because Stara planina is a family paradise

It is the second largest ski center in Serbia. Mild, more relaxed and cordial than its undisputed rival. With much more affordable prices. It offers winter sports fans about 13 kilometers of groomed trails and a children’s park with a conveyor belt. While youngsters master the first skills on the boards, under a watchful eye of experienced instructors, parents can rest in two nearby cafes, and those with a deeper pocket, in the Stara planina hotel. 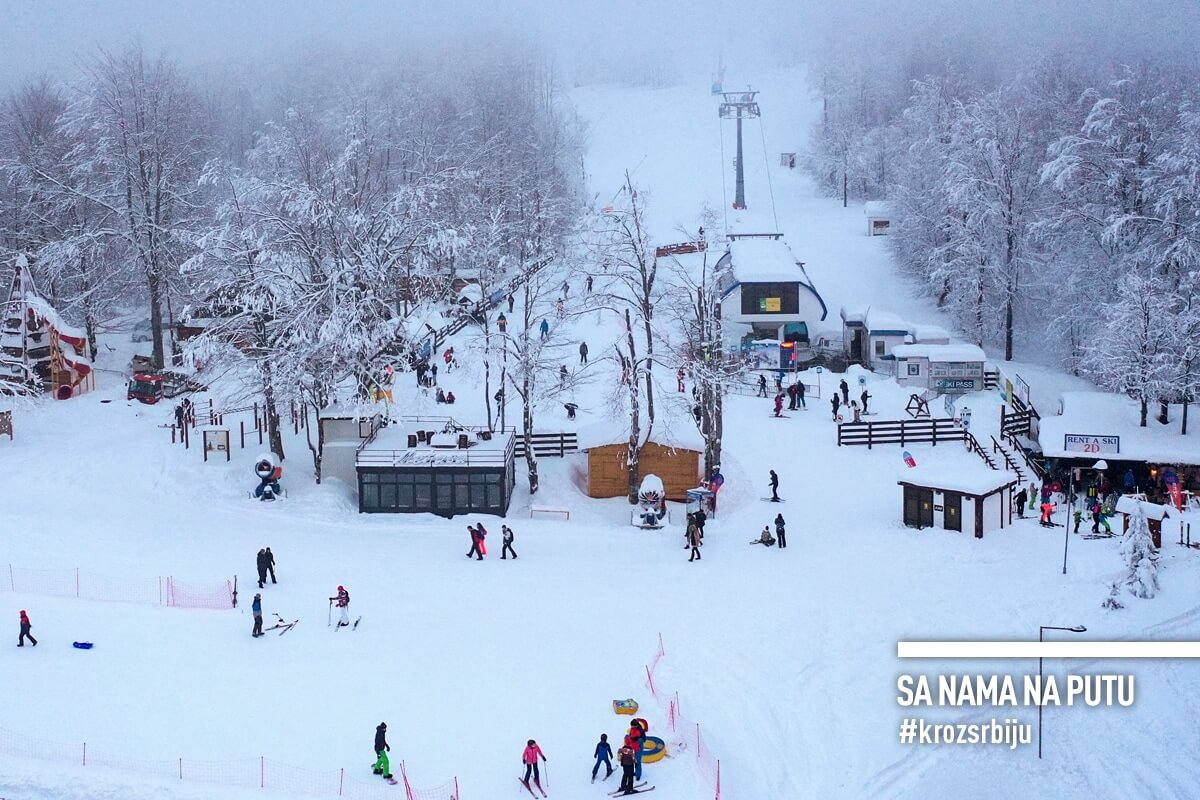 Time has betrayed us. Thick fog. Dense like dough. It settled down without the slightest intention to lift. Not an unusual mountain day. But the most persistent fans of the trail are not deterred. The queue lined up in front of the gondola. The first in Serbia. It overtook Zlatibor. When mountain winds relentlessly howl and freeze, it is worth it all. It is also open for panoramic rides.

The little ones, out for a descent, huddle, slide, sled enjoying the snow. Red cheeks and leaking noses. Jabber frost, as they say. 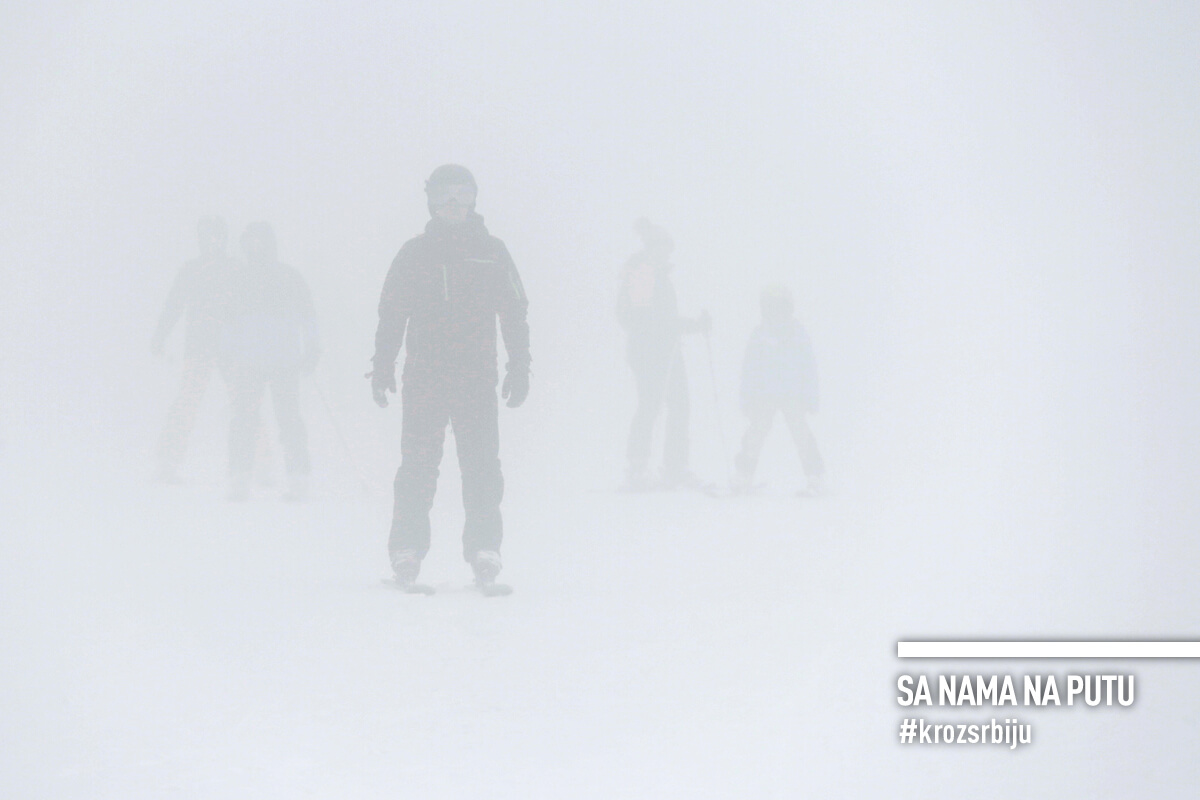 After the evening walk, when the snow magically squeaks under your feet, you spend an evening playing a game, chatting with friends and family and then off to bed. No time to waste. We need to re-charge batteries for new snow adventures.

6. Because it offers adrenaline for skilled skiers

And snowboarders. Sunny valley and Konjarnik. The black and red trails are interconnected, which makes it a more challenging and demanding endeavor. At their “mouth”, the restaurant and rest place Plaža is located. And it is called that (eng. beach) for a reason. Whatever ray the sun offers, it is aimed right there, at a large terrace studded with deck chairs for winter sunbathing and a view of the highest peak, Midžor. Inside you can warm up by the fireplace, fortify yourself with beans, lamb cooked in an iron pan covered with ember, or just some homemade cheese and sausage. You are ready again to whirl in the snowdrifts. 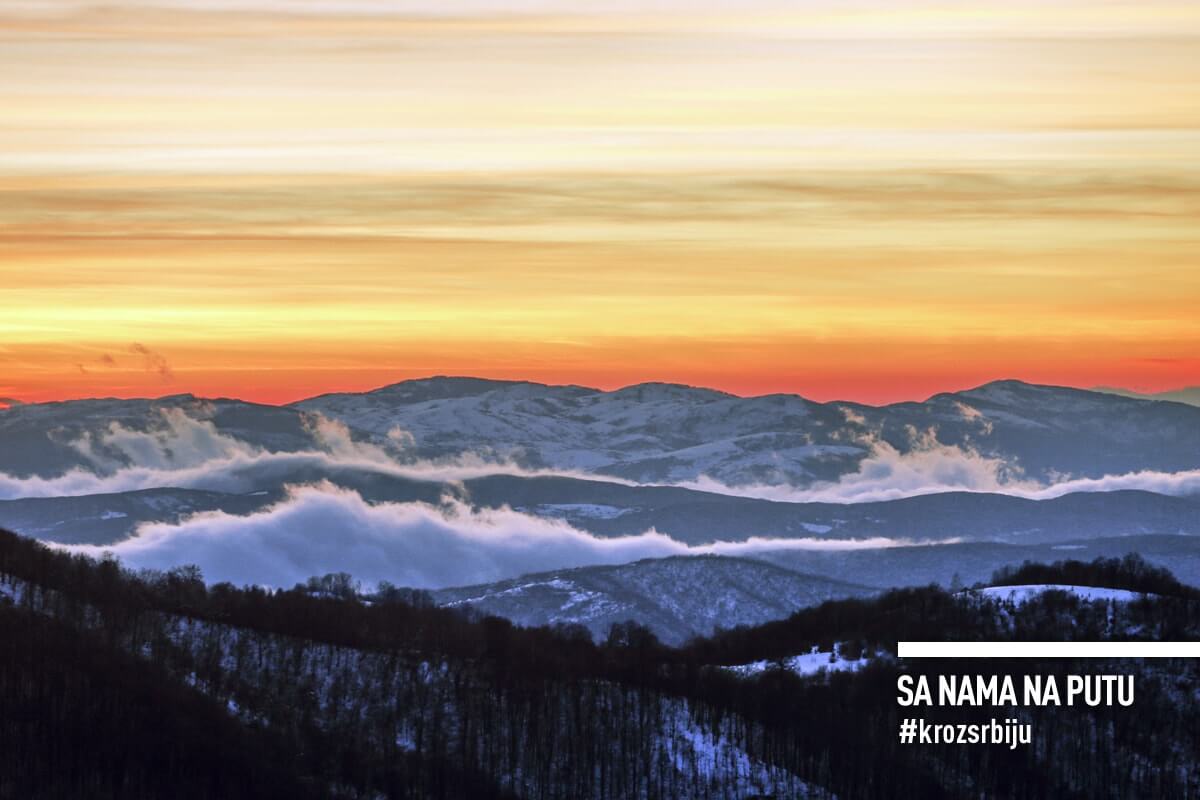 7. Because mountain food is the law

Especially in Stara planina. It is all home-made. Locally. Inevitably, it starts with belmuž. Young white cheese is combined with white flour (bel), it requires constant mixing and a strong male hand so it is often prepared by a husband (muž). Miracles happened in ancient times! And so the belmuž was born, once pastoral food high enough in calories to last you the whole day. Today it is considered a specialty found on the List of Intangible Cultural Heritage of Serbia. We also order a plate of homemade cheese, soup and game stew. The host is a hunter. No mistake. Kafanče Ždrma. We don’t know how it got its name, but it is possible that the locals swallowed a “couple” of letters and in their own way combined eating and napping in one word known only to them. We let imagination run wild thinking of an unusual name. Lungs filled with fresh, sharp air, we are satisfied and ready for a repose. Deep and calm. Like mountains. 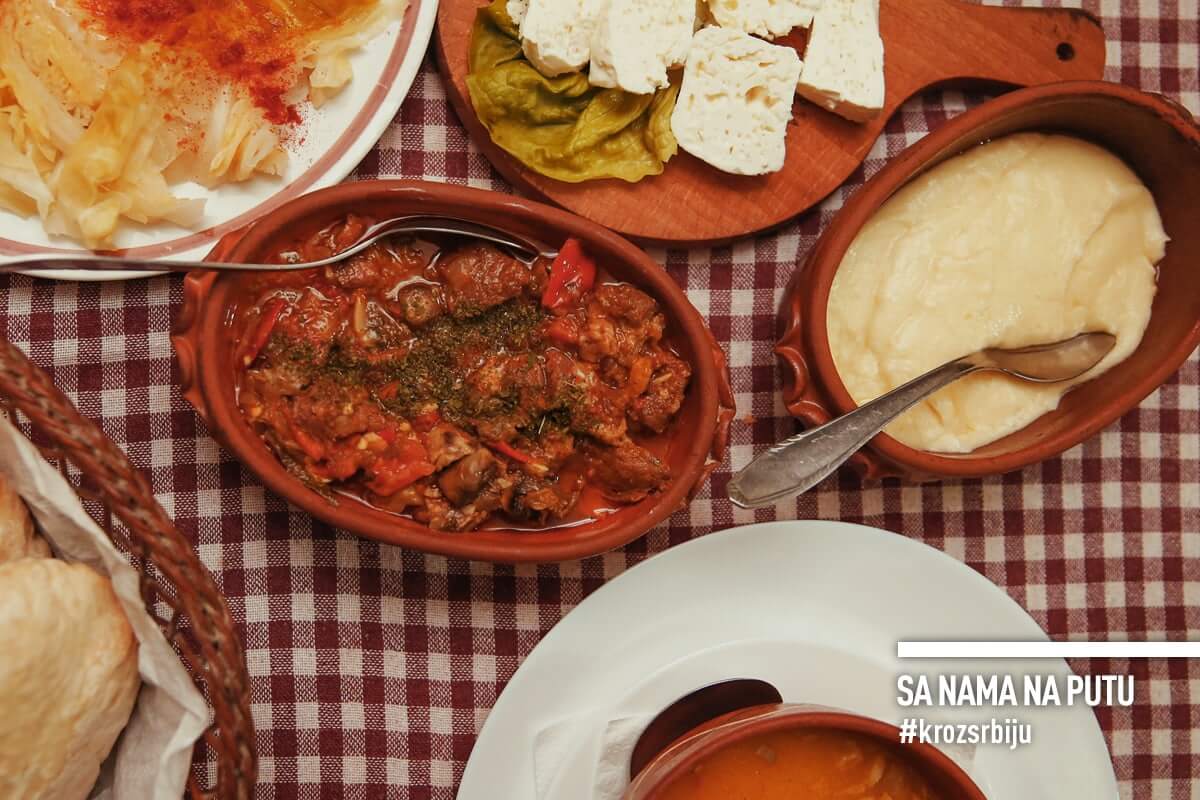